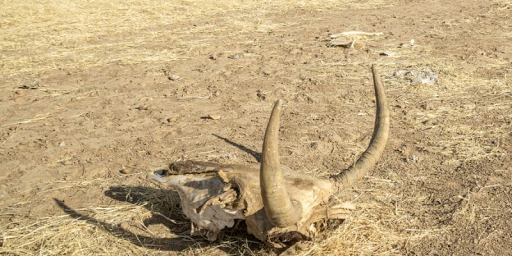 According to the United Nations (UN), extreme weather events linked to climate change have caused a doubling of natural disasters worldwide between 2000 and 2019. Africa, which is one of the most affected continents, could experience an increase in heat peaks in the coming decade. In its study published on October 12th, 2020, the UN calls for the strengthening of measures to prevent and adapt to climate change.

During the last two decades (2000-2019), 7,348 natural disasters have been recorded worldwide, at an estimated cost of nearly $3 trillion, almost twice as many as between 1980 and 1999, reveals the report published on October 12th, 2020 by the United Nations Office for Disaster Risk Reduction (UNSDIR). A doubling of natural disasters, which the institution attributes to climate change. “This report clearly highlights the level of human suffering and economic losses that result from the failure to adapt to climate change and reduce greenhouse gas emissions,” says the report’s author, Debarati Guha-Sapir, from the Belgian Research Centre for the Epidemiology of Disasters at the University of Leuven.

Africa is the third most affected continent after Asia and America. It is, however, the region where the UN has the greatest concern, in terms of its vulnerability to the risks of natural disasters due to climate change. The report states that developing countries account for 23 per cent of all disaster deaths, despite having less than 10 per cent of the world’s population. “If this level of growth in extreme weather events continues over the next two decades, the future of humanity looks very bleak,” warned Guha-Sapir.

Investing in prevention and adaptation to climate change

Floods and storms have been the most frequent disasters over the last two decades. And for the coming decade, the UN estimates that the worst problem will be heat waves. A phenomenon already palpable in the Horn of Africa. Over the past five years, the region has been experiencing rainfall deficits and temperature increases, causing increasingly violent storms and cyclones. In 2019, Cyclone Idai caused disastrous flooding in Mozambique, Zimbabwe and Malawi, killing more than a thousand people, affecting millions of people and causing extensive damage, particularly to food reserves.

In the face of the serious climatic dangers predicted by the report, the international community is called upon to follow the recommendations of scientists and invest in climate change prevention and adaptation programmes. “Good governance of disaster risk depends on political leadership and the fulfilment of the promises made when the Paris Agreement and the Sendai Framework for Disaster Risk Reduction were adopted five years ago,” says the UN Secretary-General’s Special Representative for Disaster Risk Reduction, Mami Mizutori.

The UNSDIR report was released on the International Day for Disaster Risk Reduction, which is celebrated every October 13th.

climate
By lemagazine.com.ng at Friday, November 20, 2020
Email ThisBlogThis!Share to TwitterShare to FacebookShare to Pinterest
Tags climate