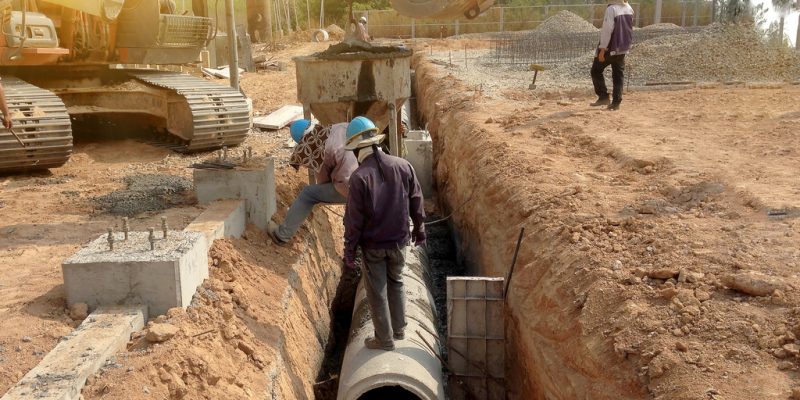 The Government of Ghana has recently launched drainage works in the Nsukwao Basin in Koforidua, in the Eastern Region. The project, financed to the tune of 2.7 million Dollars (about 16 million Ghanaian cedis), is intended to combat flooding.

The President of the Republic Nana Addo Dankwa Akufo-Addo has recently launched works on a drainage project. The initiative concerns the Nsukwao basin in Koforidua, in the Oriental region. Every year since 2016, the locality of Nsukwao has faced “dreadful” floods, leading to the destruction of homes.

The Nsukwao Basin Drainage Project is part of the Ghana Secondary Cities Support Programme (GSCSP), launched on May 7, 2019 to improve urban management and basic urban services in 25 municipalities across the country. In Nsukwao, the initiative is funded by the government to the tune of more than US$2.7 million (approximately 16 million Ghanaian cedis).

The Nsukwao Basin Drainage Project includes the installation of a rainwater harvesting system that will minimise flooding in Nsukwao and surrounding communities (Zongo, Two Streams, Abongri…) in the Juaben Municipality also in Ghana.