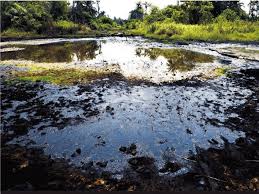 The National Assembly has been urged to amend the National Oil Spill Detection and Response Agency (NOSDRA) Act by increasing penalties for oil firms that default in cleaning up polluted environments.
Rivers State Head of Service (HoS), Rufus Godwins, blamed polluted sites in the Niger Delta on the paltry N1m fine oil companies pay for the devastation caused by spillages and weak enforcement of environmental laws.
Godwins noted that the stipulated penalty of N1m for failure to cleanup impacted environment by oil spillers was disappointing because it was too inconsequential to remediate impacted sites or compensate victims of pollution.He stated this yesterday in Port Harcourt, while delivering a keynote address at the Nwobidike Nwanodi maiden memorial lecture organised by the Selemati Foundation.
“There is no regulatory authority under the NOSDRA or NESREA act to effectively execute the statutory mandate of enforcing compliance with prescribed environmental regulations against erring companies engaged in environmental pollution in the oil and gas sector.
“This is sad due to express exemption of environmental pollution within the oil and gas sector from the purview of NESREA’s enforcement,” he said.
Godwins, who chaired a three-man-panel at the event, lamented that the Niger Delta region has been under severe impact of environmental pollution on human health and ecosystem of the region, adding that the problems have been compounded by the combination of restive judicial interpretation of extant legislations and ineffective enforcement by regulatory authorities in the oil and gas sector.He, however, argued that the penalties collected from erring companies should be remitted to the oil spill impacted communities, saying, “It makes no sense channeling the money to the Federal Government without any impact on the communities. 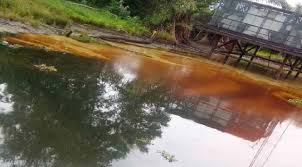 “There is the need for a more proactive and responsive approach by NOSDRA in the prompt, safe, effective and appropriate monitoring and response to public alerts on pollution.“There is also the need to amend the NESREA Act by repealing the provisions that preclude the oil and gas sector from the purview of agency’s enforcement.”
He further stressed the need to amend the constitutional provisions under section 251 (1) and section 7 (1) of the Federal High Court Act 2004 by repealing the provisions on civil causes and matters relating to mines and minerals, including oil fields and natural gas.

Godwin, who spoke on “The Impact of Environmental Pollution on Human Health and the Challenges of Interpretation and Enforcement of Environmental Laws and Regulations in the Niger Delta,” said if the above recommendations were considered, once there are facts of pollution, litigants could approach any court to seek redress without obstruction by technical procedure rules.
Earlier, Chairman, Board of Trustees of Selemati Foundation, Mrs. Judith Nwanodi, said the foundation was spurred to encourage research in environment and health aimed at improving the wellbeing of the people and the Niger Delta environment.Describing her husband as a hero, she noted that since oil exploration started in the region, its environment has become more complex, hence the need to address rising environmental challenges.
culled from the Guardian
Read more

news
By lemagazine.com.ng at Wednesday, February 19, 2020
Email ThisBlogThis!Share to TwitterShare to FacebookShare to Pinterest
Tags news