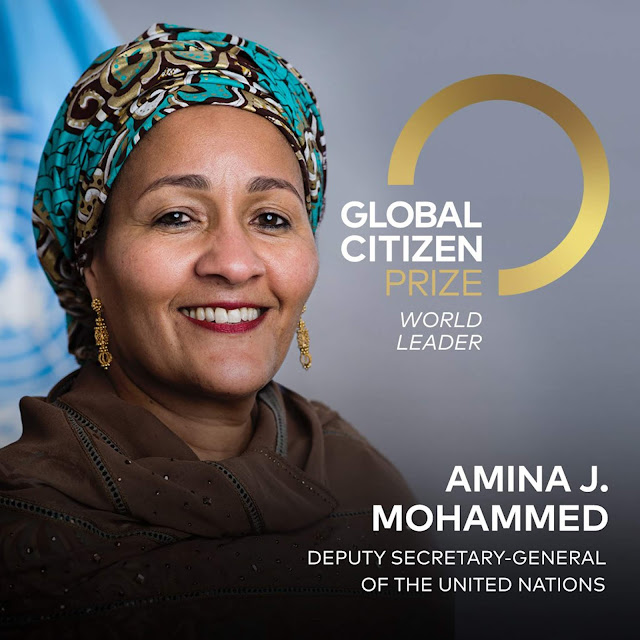 Deputy Secretary-General of the United Nations Amina J. Mohammed has received the Global Citizen World Leader Prize, which honors an individual in the political or advocacy space who has advocated for and implemented policy changes that have actionably improved the lives of those suffering the effects of poverty.

Having previously served three Nigerian presidents — during which she presided over a 5% national reduction in HIV infections and a 32% reduction in maternal mortality — Mohammed is a devoted champion of the Sustainable Development Goals to eradicate extreme poverty by 2030 and is a former Minister of Environment in Nigeria.

World leaders from around the world are working to achieve the UN’s Sustainable Development Goals and end extreme poverty by 2030. The Global Citizen Prize ceremony at London’s Royal Albert Hall on Dec. 13 is the first event to kick off the 2020 Global Citizen campaign, Global Goal Live.