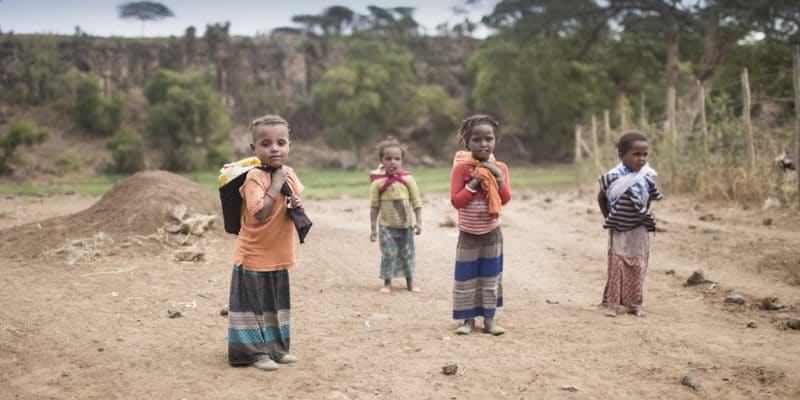 The WHO, UNICEF and The Lancet say that climate threats are putting the future health of children around the world at risk, particularly in Africa, where the consequences of climate change are most severe. The report, released on the 19th of February by the three organisations, shows that 250 million children under the age of five in low- and middle-income countries are at risk of not being able to develop fully because of climate change.

Developed countries should no longer limit their policies to protect child health at the national level, but on a global scale, protecting the planet that children will inherit. This is the main recommendation made on February 19, 2020 by the World Health Organization (WHO), UNICEF and The Lancet, a British weekly magazine devoted to scientific and medical subjects. With the collaboration of 40 child and adolescent health experts from around the world, these three organisations have produced a shocking report on the relationship between child health, climate change and abusive commercial practices.

The report, entitled “A Future for the World’s Children? (What future for the world’s children?)” shows that the future, or at least the health of every child and adolescent in the world is being compromised by environmental degradation and climate change. The situation, however, is not general. According to indicators of stunting and poverty, children in developed countries such as Norway, the Republic of Korea and the Netherlands have the best chances of survival and well-being, while children in middle-income countries such as the Central African Republic, Chad, Somalia, the Niger and Mali have the worst prospects.

“An estimated 250 million children under the age of five in low- and middle-income countries are at risk of not being able to develop fully,” the report notes. It goes on to note that if global warming exceeds 4° Celsius by 2100, according to current projections, the health consequences for children would be devastating, as rising sea levels and heat waves will lead to the spread of diseases such as malaria and dengue fever, and malnutrition, which have become endemic in Africa.

Understanding the gravity of the situation in Africa

Africa accounts for less than 4% of the world’s total carbon emissions, but the continent is the most vulnerable in terms of the impact of climate change. “Wheat and maize production in parts of Africa has already been affected by climate change, as has the productivity of the Great Lakes and Lake Kariba fisheries on the Zambia-Zimbabwe border and fruit trees in the Sahel,” says the 2015 report of the Intergovernmental Panel on Climate Change (IPCC). And more than half a decade after that report was published, climate scientists say the effects have intensified and become more frequent. The cases of drought and locust invasions in East Africa in recent months are a perfect illustration of this.

Africa must therefore adapt to extreme weather events, many of which are linked to climate change. A UN study, presented at COP25 in Madrid, estimated that sub-Saharan Africa would need funding of around USD 50 billion per year for climate change adaptation by 2050.

climate
By lemagazine.com.ng at Thursday, June 18, 2020
Email ThisBlogThis!Share to TwitterShare to FacebookShare to Pinterest
Tags climate