The Effects Of Coronavirus On Nigeria’s Economy - Living Environment

The Effects Of Coronavirus On Nigeria’s Economy 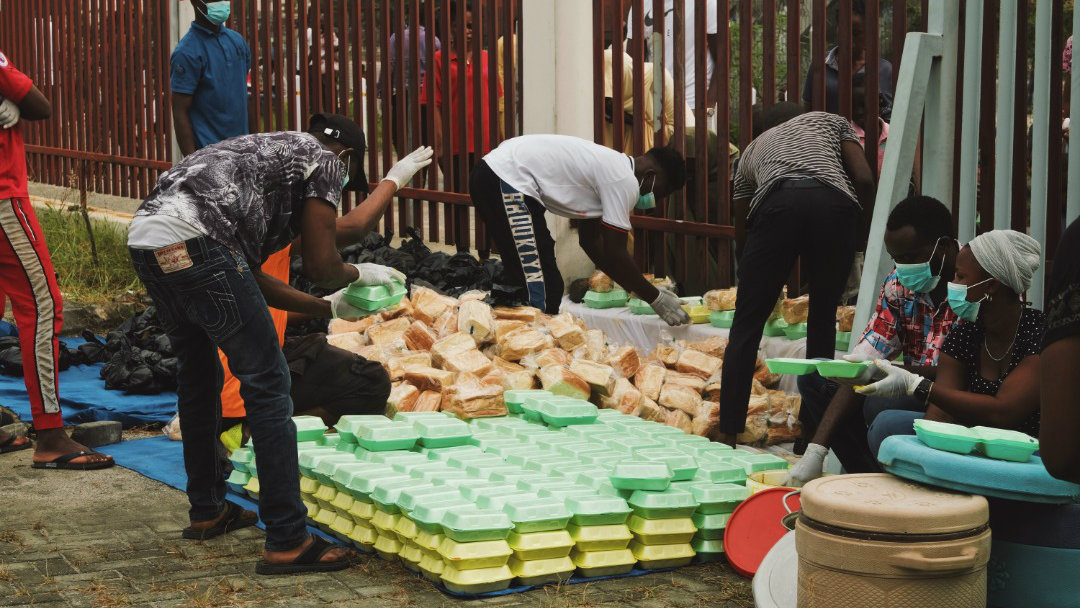 1
When the novel Coronavirus hit Chinese port city of Wuhan in December 2019, many never saw a virus with the power to disrupt the global economy. The 11 million residents of Wuhan, in the central Hubei province neither envisaged that the town would be on lockdown. The US, UK, Germany, Italy, including the World Health Organisation saw it as local Chinese problem which the country, with its robust healthcare system and advanced technology could control.
But fast forward three months after, 181 countries and territories have been affected, more than 13,000 people killed and more than 311,000 have been infected, according to Johns Hopkins University. Of the 181 countries, Nigeria is one. Though not the worst hit in Africa, the devastating effects on the country’s economy leave many in fears.
Experts say the effects could push the country back into recession, which it experienced in 2016. 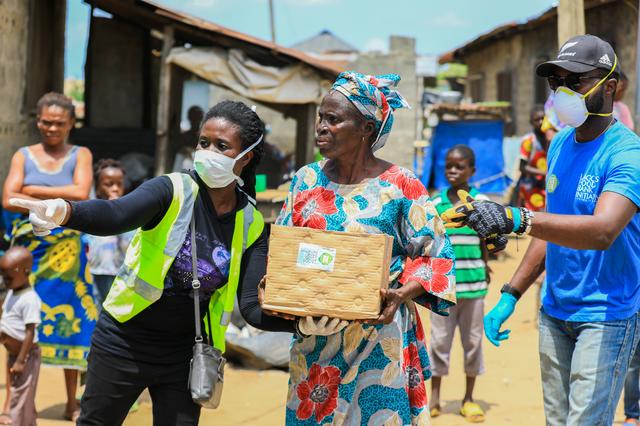 Oil price crash
The Covid-19 pandemic came with its attendant oil price crash, as demand plummeted. With lockdown in China, which consumes about 14 per cent of the global crude oil daily, and reduction in major economic activities globally, the price of the commodity went southwards.
On March 9, 2020, Brent crude futures, the global oil benchmark, were down 22 per cent, last trading at $35.45 per barrel. The crash has been attributed to two major factors – the Coronavirus pandemic and the oil war between Saudi Arabia and Russia. As of the time of filing this report, oil price hovered around $27 per barrel, way below Nigeria’s 2020 budget benchmark of $57 per barrel.
All of Nigeria’s 2020 budget indicators: an oil production volume of 2.18 million barrel per day, oil benchmark of $57, N305 exchange rate to the US dollar, GDP growth rate of 2.93 per cent, and inflation rate of 10.81 per cent now are out of reach.
Workers’ salaries threatened
Nigeria operates a largely mono product economy solely dependent on crude oil. Past and even the present government had on many occasions mouthed the need to take the economy out of dependence on oil. Now the chicken has come home to roost. With the present economic reality, workers’ salaries may be in jeopardy. On Wednesday last week, members of the Federation Accounts Allocation Committee (FAAC) could not agree on the amount presented for sharing. An official hinted that members of the committee could not agree on the amount presented for sharing by the revenue generating agencies. The amount presented was far below what the members were expecting to be shared by the three tiers of government.
This brings to memory the experience of 2016 recession when 27 states were owed workers and pensioners salaries and entitlements ranging from one to 36 months. A 2017 survey showed that many states defaulted in the payments of pensions and gratuities, with Imo, Taraba and Niger states owing pensioners two to three years in entitlements.
It is likely that the current crisis will hit states and their workers harder than it happened in 2016 because the lowest price then was $29 per barrel and it quickly moved up to $35 per barrel and continued climbing. But now experts say that oil price could fall to as low as $10 per barrel with the coronavirus and oil war between Saudi Arabia and Russia.
Also, then the national minimum wage was N18000 but its now N30000. The question on many lips is, many states could not pay the former minimum wage even when oil price was above $30 per barrel, will they be able to pay the later now that oil price is about $27 and projected to slump further to $10 per barrel?
This imminent gloom, Group Managing Director of the Nigerian National Petroleum Corporation (NNPC), Mele Kyari, gave credence to, recently. “Prepare for trouble for at least three months,” he warned. “Even if the price of crude oil goes back to $58 per barrel, the situation will still be tough, because there is a backlog of production hanging that has to be resolved.
“What that means is that we are going to have the impact of this low crude oil price for some time. The oil market is highly unpredictable. Nobody knows what is going to happen tomorrow. There are many forecasts. We said oil will be sold at about $60 per barrel this year. But we are already having $22 per barrel. Nobody knows what will happen next tomorrow,” he said. 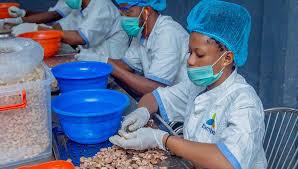 Hunger on the increase
Before the coronavirus hit the world, Nigeria had been designated as the poverty headquarters of the world, with some 87 million Nigerians, or around half of the country’s population, thought to be living on less than $1.90 a day. With current measures put in place by the federal government to curb the pandemic, the figure is set to spike and poor conditions set to exacerbate.
For example, from today, international flights would be restricted into Nigeria, except emergencies, according to Nigerian Civil Aviation Authority. This will, in no small measure, affect the businesses of airport taxi operators. Social gatherings and religious gatherings of more than 20 and 50 have been banned in Lagos and Abuja, respectively.
Small businesses, which rely heavily on foreign imports to augment their value chains, will suffer from supply shortages while looming job cuts will intensify. The aviation sector is already suffering, as businesses will cut down on travel plans. The struggling service sector will feel most of the heat, as the manufacturers will cut back budget to survive.
Nigerian manufacturers are also feeling the heat as access to critical raw materials needed to sustain their operations has been impacted. Director General of the Lagos Chamber of Commerce and Industry, Dr. Muda Yusuf, said the performance of key sectors that have the capacity to facilitate economic diversification is largely constrained.
“The global supply chain has been deeply disrupted as China, which is the second largest economy in the world, is a major supplier of inputs for manufacturing companies around the world, Nigeria inclusive.
“Many   manufacturers and service providers in the country are already experiencing acute shortage of raw materials and intermediate inputs. This has implications for capacity utilisation, employment generation and retention and adequacy of products’ supply to the domestic market,” he said.
On the other hand, over $100 million worth of hardware goods belonging to some Nigeria’s phone and computer vendors are currently stuck in China. According to the President of Phones and Allied Dealers Products Association (PAPDAN), Ifeanyi Akubue, “over $100 million worth of goods are currently stuck in China. Most of the OEMs have stopped production. Ours stocks are currently depleting. It is a sad situation. The world is confused. We can only pray and take caution”. 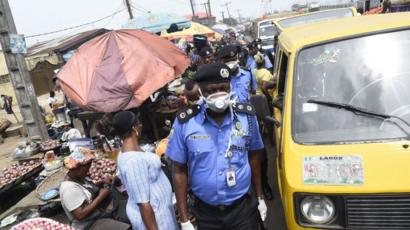 Nigeria’s ‘petrocurrency’
Naira is a typical petrocurrency whose survival is intrinsically tied to global oil price. The Central Bank of Nigeria (CBN) had set a $30 billion foreign reserves threshold for devaluation. On the other hand, Nigeria’s latest Excess Crude Account balance, the Office of Accountant General of the Federation says, is at $71.81 million, while movement in reserves showed that the country’s reserves stood at $35.94 billion at the weekend, down by $2.59 billion from $38.53 billion in which it opened the year.
All these have packed pressure on the Naira as investors confidence continue to decline. The CBN had vowed not to devalue the currency, saying it was still strong and able to withstand shocks from the pandemic. But the apex bank seemed to have swallowed its words late last week when it devalued the currency, pegging the exchange rate of the Naira at N380 to the dollar. The bank, however, has reacted, saying what it did was not a devaluation of the Nigerian currency but an adjustment.
CBN Governor, Mr Godwin Emefiele who spoke at an extraordinary bankers committee meeting on Saturday said, “CBN has a responsibility to see to the adjustment in the national currency. What you have seen is an adjustment in the country’s currency (and not devaluation)”.

Nigeria not alone
The gloomy picture is not just in Nigeria. Other African countries are set to suffer, as well as Middle-East, Asian and European countries. About $9 trillion was wiped off global equities in nine days as a result of the pandemic. The outbreak is estimated to be costing the shipping industry $350 million weekly in lost revenues, according to the International Chamber of Shipping (ICS).
Apart from the tragic human consequences of the COVID-19 pandemic, the economic uncertainty it has sparked will likely cost the global economy $1 trillion in 2020, the United Nations Conference on Trade and Development, says.
The global economy may be slipping into recession and Nigeria is set to receive the hit harder than ever. It is only hoped that serious lessons would be learnt when the world eventually recovers from this devastation.

news
By lemagazine.com.ng at Friday, May 01, 2020
Email ThisBlogThis!Share to TwitterShare to FacebookShare to Pinterest
Tags news