‘WHAT WILL BE LEFT FOR US?’ LAGOS FISHERMEN LAMENT THE OIL REFINERY - Living Environment

‘WHAT WILL BE LEFT FOR US?’ LAGOS FISHERMEN LAMENT THE OIL REFINERY 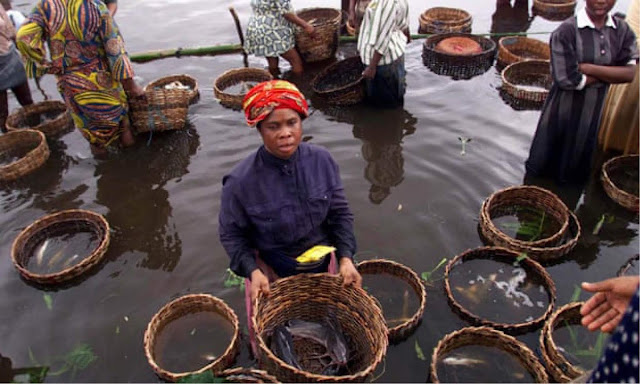 Oluwatosin Adeshokan in Lagos
In Lagos, and particularly in Epe, fishermen and farmers are having to travel further to get fish. The Lekki lagoon, previously a fisherman’s paradise, is being slowly depleted by various megacity projects, the biggest of which is an oil refinery owned by Africa’s richest man, Aliko Dangote. The Dangote refinery in the Lekki free trade zone, which is partially on the lagoon, lies on roughly 2,500 hectares (6,177 acres) of swampland. It is hoped that it will process 650,000 barrels of oil a day when completed, becoming Africa’s biggest such installation. However, nearby coastal towns and communities are seeing a change in their local ecosystems. “The dredging of the coast to sand fill the lagoon for the construction of the refinery made the fish in the area disappear. We had to travel far into the ocean to get fish, but even that became dangerous because the waves became unpredictable,” explains former fisherman Ayo Falade.