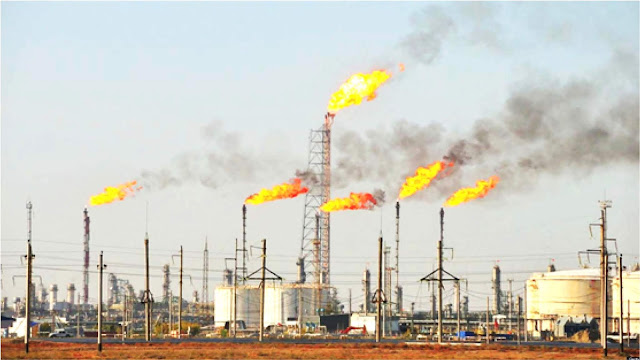 (Thomson Reuters Foundation) — Nigeria, Africa’s largest oil-producing country, understands it will have little choice but to wean its economy off a reliance on fossil fuels as the world inches onto a low-carbon path, its environment minister said.
Mohammad Mahmood Abubakar said he did not see a long-term future for Nigeria’s oil industry if governments follow through on their promise under the 2015 Paris Agreement to cut planet-warming emissions to net-zero by the second half of the century.
“These days, anything to do with fossil fuel ... may have its days numbered, or years numbered,” he told the Thomson Reuters Foundation at this month’s UN climate talks in Madrid. Abubakar said Nigeria should use the royalties and export earnings it receives from oil — which account for about half of its revenues — to invest in alternative sources of energy, in order to “be ready” for a global transition to cleaner energy.

“If the world is truly willing ... to quit fossil fuel, then if you are not ready and finally the world comes to terms with that and there are alternatives and no one is buying enough oil from you, at that point you are in trouble,” he said.
Africa’s most populous nation has started to diversify into renewable power generated from solar, wind, and waste and is moving its universities onto solar power systems, he added.
It is also making efforts to end gas flaring from oil-industry operations on its soil by 2030, as part of its national climate action plan submitted to the United Nations.
Burning off the gas is a waste of energy and a major source of planet-warming emissions, and Nigeria is procuring technology to capture the gas instead to produce power or heat water, said the minister, a biologist and environmental protection expert.
The West African nation’s climate action plan also pledges to improve its energy grid and expand the use of efficient gas power plants, in an effort to cut widespread use of polluting diesel generators. Nigeria has an overall target of cutting its emissions by 45% by 2030 from 2010-2014 levels, conditional on receiving international support to achieve that.
Like many other emerging economies, it is seeking funding from wealthy governments to pursue low-carbon development and adapt to climate change impacts such as creeping desertification in the north and rising sea levels affecting its coastal areas.
Abubakar said finance was “very critical” for Nigeria and called for processes to gain access to it - which many countries struggle with - to be “made easy.” 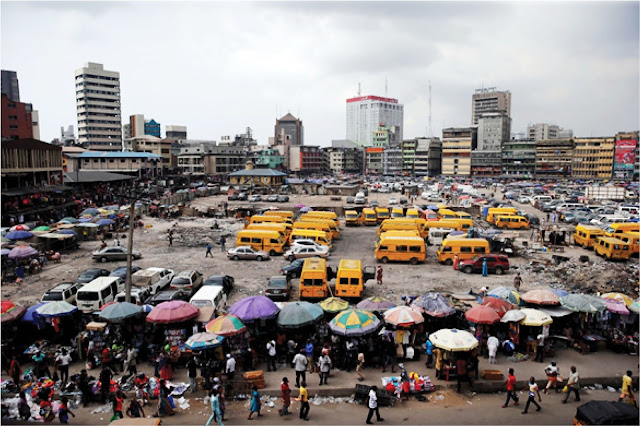 POLLUTERS PAY
Nigeria faces what the minister called significant “climate disruption”, such as the shrinking of Lake Chad to less than a tenth of its size in 1960, depriving local fishermen and farmers of their livelihoods and forcing them to leave their homes. The lake’s deterioration was one reason Islamist insurgent group Boko Haram had flourished in the region, he added.
“I am sure their recruiters used that opportunity to prey on young people — and even the old ones, because there are no jobs ... they are sitting ducks for extremist organizations,” he said.
Deforestation is another issue Nigeria needs to tackle, he noted, as rural communities continue to use wood as their main fuel for heat and cooking, making climate change impacts worse as rainfall-stabilizing and carbon-absorbing trees disappear. At the same time, Nigeria faces a huge task to repair the environmental damage caused by oil extraction in the Niger Delta, which has contaminated water supplies and soils as a result of spills.
International oil companies have recognised their role in causing that pollution, and agreed to provide about $1 billion to restore the affected areas, Abubakar said. He recently visited some of the roughly 20 sites where clean-ups are underway so far and met with the companies and United Nations officials in Geneva to review progress. More effort was still required, he added.
Businesses that exploit fossil fuels, gold, diamonds or other resources in Africa should be held accountable if those activities harm local communities, the minister said. “Wherever there is oil or mining or whatever it is, let them pay for the clean-up but also for the restoration of livelihoods of the people that are being displaced there,” he added.

news
By lemagazine.com.ng at Monday, February 03, 2020
Email ThisBlogThis!Share to TwitterShare to FacebookShare to Pinterest
Tags news